In an imagined wetland existence, GIDEONSSON/LONDRÉ are situated in an environment with other conditions. A time where different strata and objects have formed themselves to becoming accustomed to moisture, that penetrating book pages, in bodily apertures and paves the way for other senses and linguistic compositions.

The installation (beverage coolers, book shelves, pvc width, sponges, nose clips and diving weights) is based on different aspects of preservation, where moisture is treated as an invasive element. In conservatory processes there is a will to slow down time, where the wet is an indication of the speed of the deterioration and a reminder of time. The dry and the cool, a kind of moratorium. An architecture of preservation where repeated. Shelving systems are adapted to the fundamental conditions of the age of wetlands. Seperated microclimats of varoius strata and enclosures for decomposed bodies and memories.

During the opening G/L performed "Lost consonants [m] [n] [ŋ]", as if being in a hyper wet state, with noseclips altering their language, depriving it of all nasal sounds.

Shelving systems were shown together with The Monsoon Library as part of the exibition CHANGE at Havremagasinet, Boden. 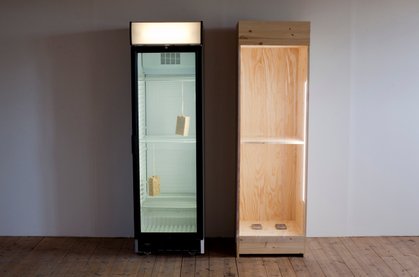 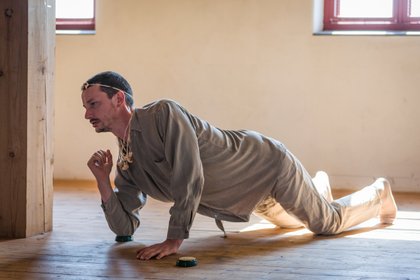