When bog bodies, like the Tollund Man, are found and removed from the bog’s temporality. They are brought into our time. Using the bog as a metaphor, the artist duo G/L seeks to stop time and create a sense of immortality. The bog creates conditions for the preserving processes for the bodies it holds. The bodies’ removal causes an acute need for simulating the bog’s preserving qualities, for instance through a natural tanning procedure that conserves bodily features, that made it possible for the Tollund Man to re-appear in our time is not unknown is not unknown to the living, and bears similarities to food preservation and beauty care.

In the Tollund Man’s case, his head, finger and feet have been preserved. Connecting to his feet, G/L have researched how shoes are used to optimise the human body and its ability to perform in all sorts of conditions, also in connection to military marches. The foot connects us to the earth and is a distinct metaphor for both movement and being on the move: eternal foot, eternal movement, eternal progress.

The artist’s installation merges a recreational footbath of the beauty industry with a therapeutic rocking footrest to create a new constellation. The footrest, often used in palliative care within the healthcare sector, bears associations with the final step before death. The work alludes to both activity and rehabilitation in an ambivalent conservation- to a type of care that does not separate the dead and the living.

On the opening G/L performed a narrative written on rhyming verse on their feet. They took different positions and read the texts from the other person’s feet and in the end placed pickled gherkins in-between their toes. 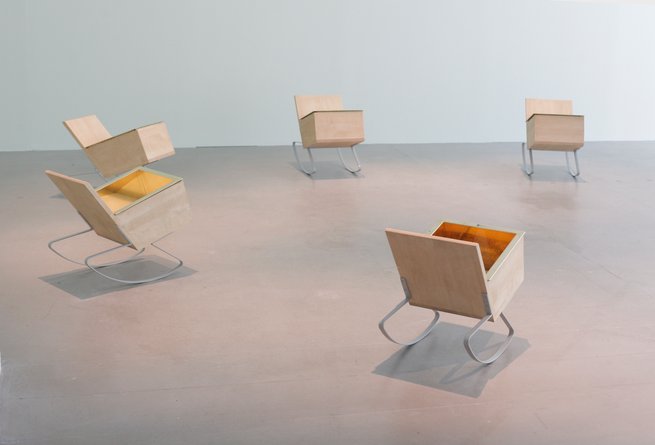 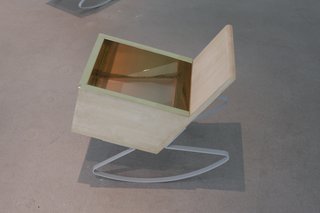 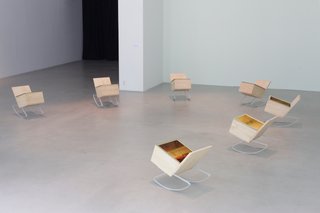 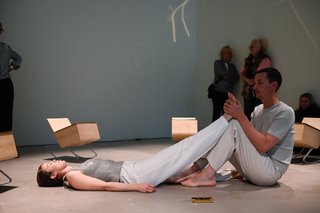 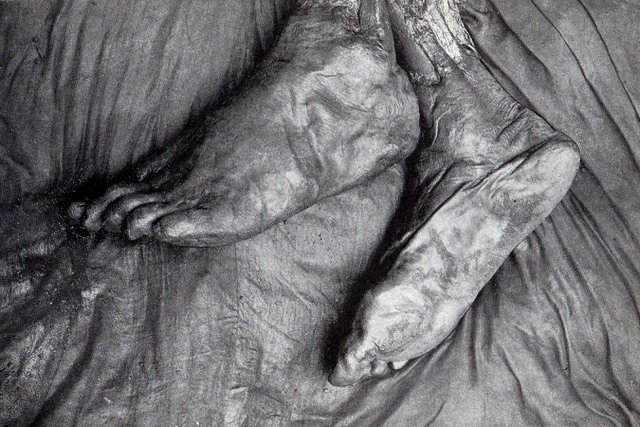